There is maintenance scheduled on Purdue's Brown and Gilbreth compute clusters from Friday, July 30 through Sunday, August 1 which may affect nanoHUB tools using these clusters. Please plan accordingly. close

In physics, a Coulomb blockade, named after Charles-Augustin de Coulomb, is the increased resistance at small bias voltages of an electronic device comprising at least one low-capacitance tunnel junction. According to the laws of classical electrodynamics, no current can flow through an insulating barrier. According to the laws of quantum mechanics, however, there is a non-vanishing (larger than zero) probability for an electron on one side of the barrier to reach the other side. When a bias voltage is applied, this means that there will be a current flow. In first-order approximation, that is, neglecting additional effects, the tunneling current will be proportional to the bias voltage. In electrical terms, the tunnel junction behaves as a resistor with a constant resistance, also known as an ohmic resistor. The resistance depends exponentially on the barrier thickness. Typical barrier thicknesses are on the order of one to several nanometers. An arrangement of two conductors with an insulating layer in between not only has a resistance, but also a finite capacitance. The insulator is also called dielectric in this context, the tunnel junction behaves as a capacitor. 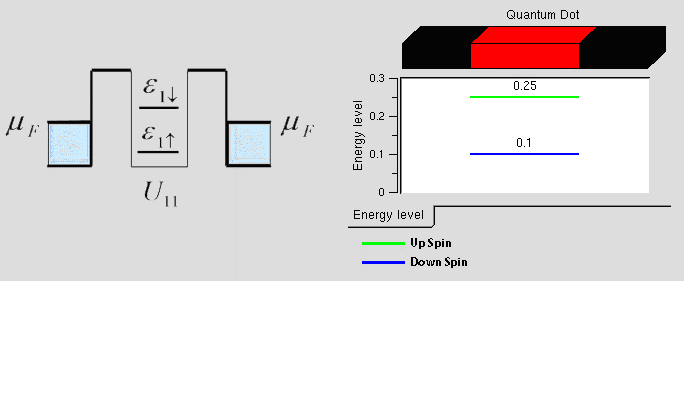 Users no longer have to search the nanoHUB to find the appropriate applications for discovery that are related to quantum mechanics; users, both instructors and students, can simply log in to the AQME toolbox and take advantage of the assembled tools and resources, such as animations, exercises or podcasts.