Solution of the Time-Independent Schrödinger Equation

Solution of the Time-Independent Schrödinger Equation

The Piece-Wise Linear Barrier Tool in AQME allows calculation of the transmission and the reflection coefficient of arbitrary five, seven, nine, eleven and 2n-segment piece-wise constant potential energy profile. For the case of multi-well structure it also calculates the quasi-bound states so it can be used as a simple demonstration tool for the formation of energy bands. Also, it can be used in the case of stationary perturbation theory exercises to test the validity of, for example, the first order and the second order correction to the ground state energy of the system due to small perturbations of, for example, the confining potential. The Piece-Wise Linear Barrier Tool in AQME can also be used to test the validity of the WKB approximation for triangular potential barriers.

The Bound States Lab in AQME determines the bound states and the corresponding wavefunctions in a square, harmonic, and triangular potential well. The maximum number of eigenstates that can be calculated is 100. Students clearly see the nature of the separation of the states in these three prototypical confining potentials, with which students can approximate realistic quantum potentials that occur in nature. 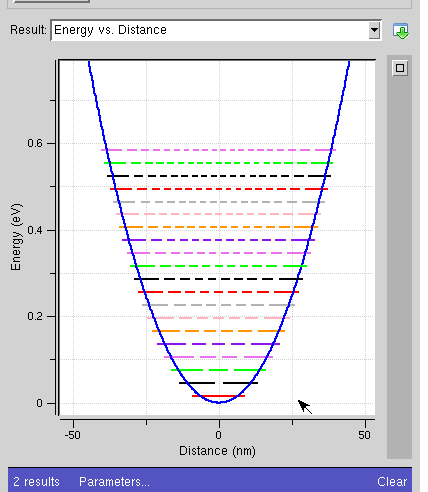 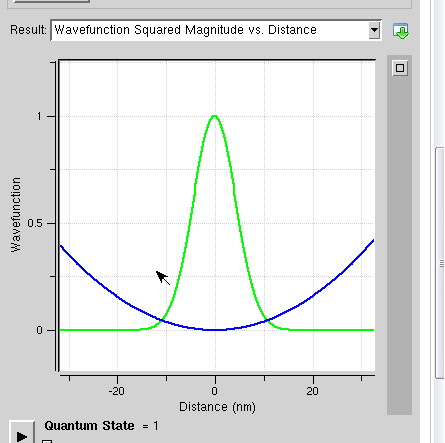 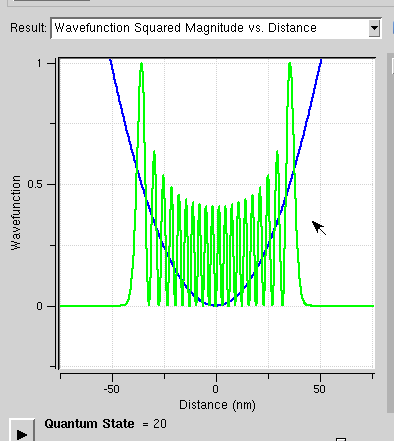