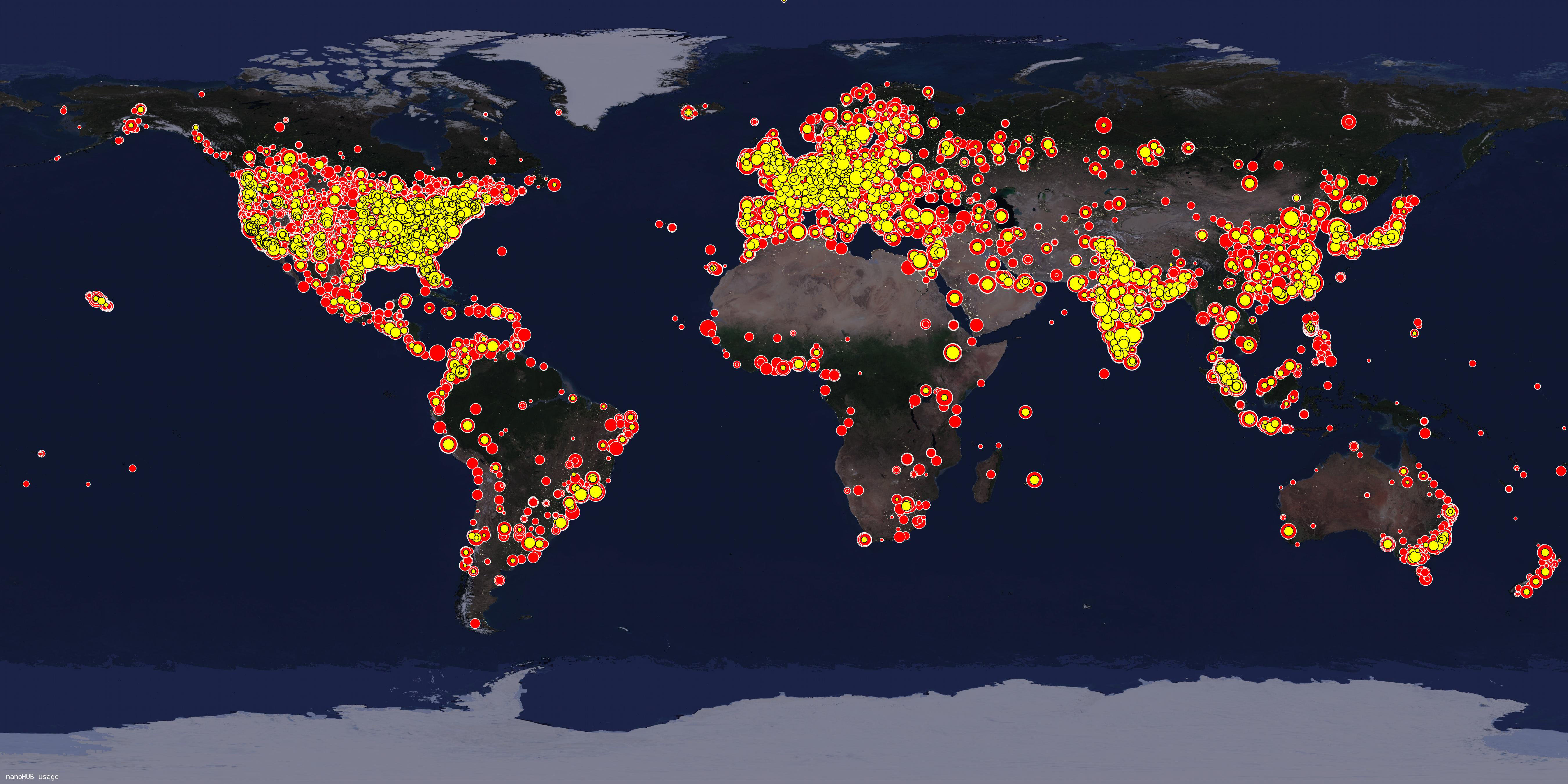 Listings in Web of Science and Google Scholar

PhD and master's students typically generate approaches, methods, and software to address specific scientific questions. Typically, the software can only be used by those students and their immediate team members. nanoHUB's predecessor, PUNCH (Purdue University Network Computing Hub), was created [1] specifically to share computational models with experimentalists and the scientific field at large. From the get-go, the system was designed such that anyone can duplicate scientific results and anyone can create new results. Early citations to nanoHUB tools date back to the year 2000.

A New Type of Publication

Starting in the year 2005, nanoHUB began, with the help of Purdue Libraries, to coin Digital Object Identifiers (DOIs) for the tools published in nanoHUB. The idea of "online simulation tools as publications" was completely new at that time.  Publications have traditionally been journal articles and books, not digital assets that could change over time.  This meant a significant culture change.

In 2016, the Web of Science began to list nanoHUB tools and compact models as proper publications in their database.

Within 6 months, Google Scholar to began to list nanoHUB tools in its publication listing as well.

With simulation tools being recognized as proper publications, authors can now list these new publications on their academic CVs and resumes.