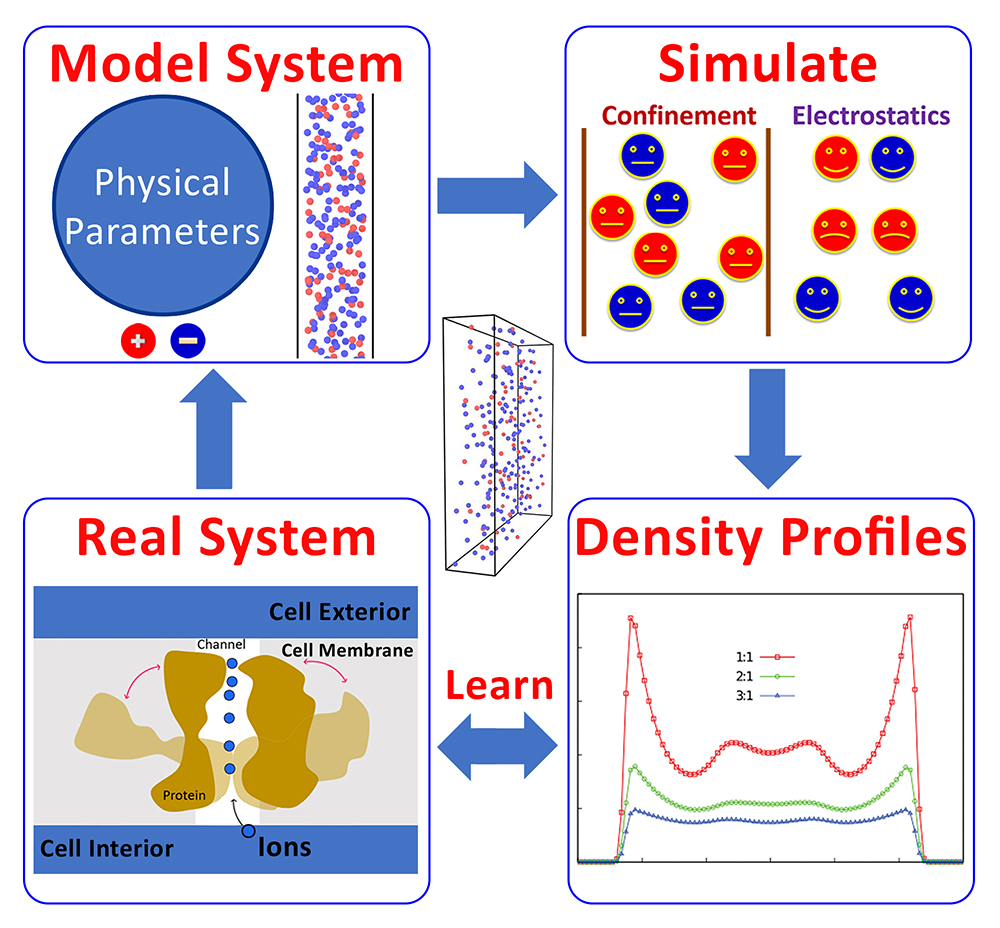 This app empowers users to simulate ions confined between material surfaces that are nanometers apart, and extract the associated ionic structure. The app facilitates investigations for a wide array of ionic and environmental parameters using standard molecular dynamics (MD) method for unpolarizable surfaces. 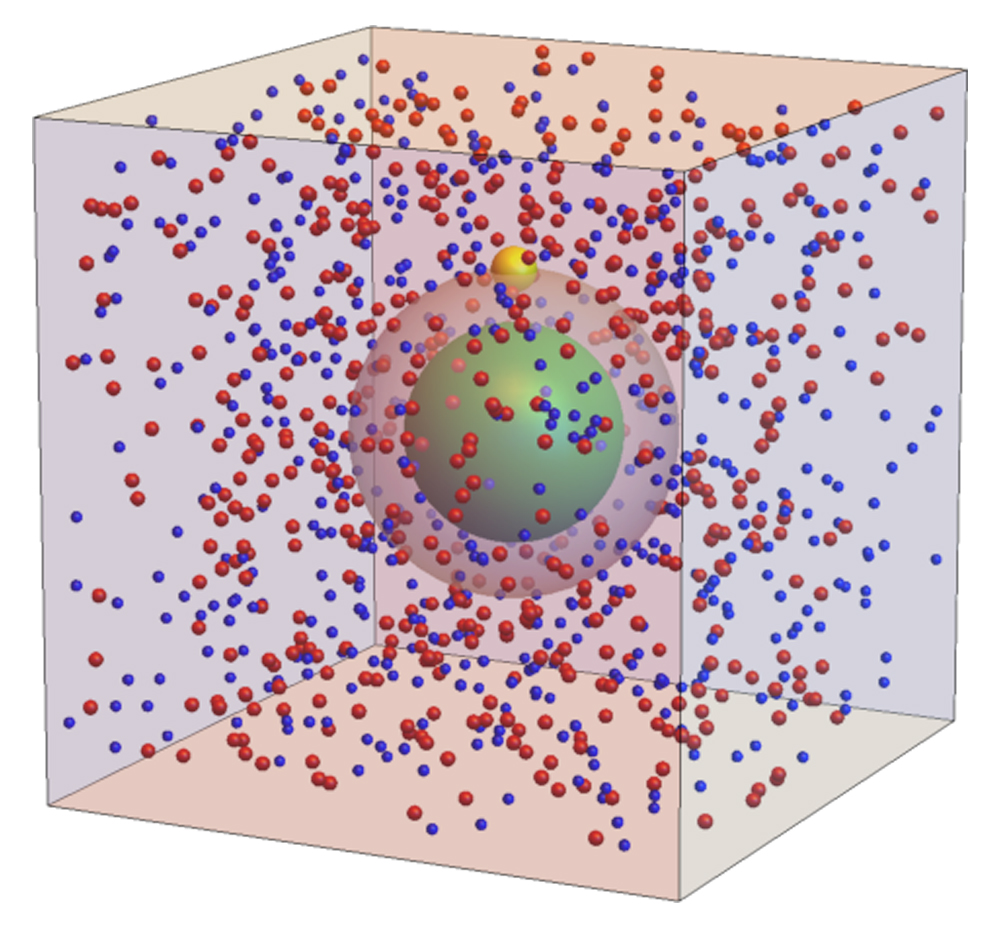 This app allows users to simulate the self-assembly of ions near a spherically shaped nanoparticle, and extract the effective electrostatic properties..

Simulate assembly of nanoparticles into aggregates in physiological conditions. 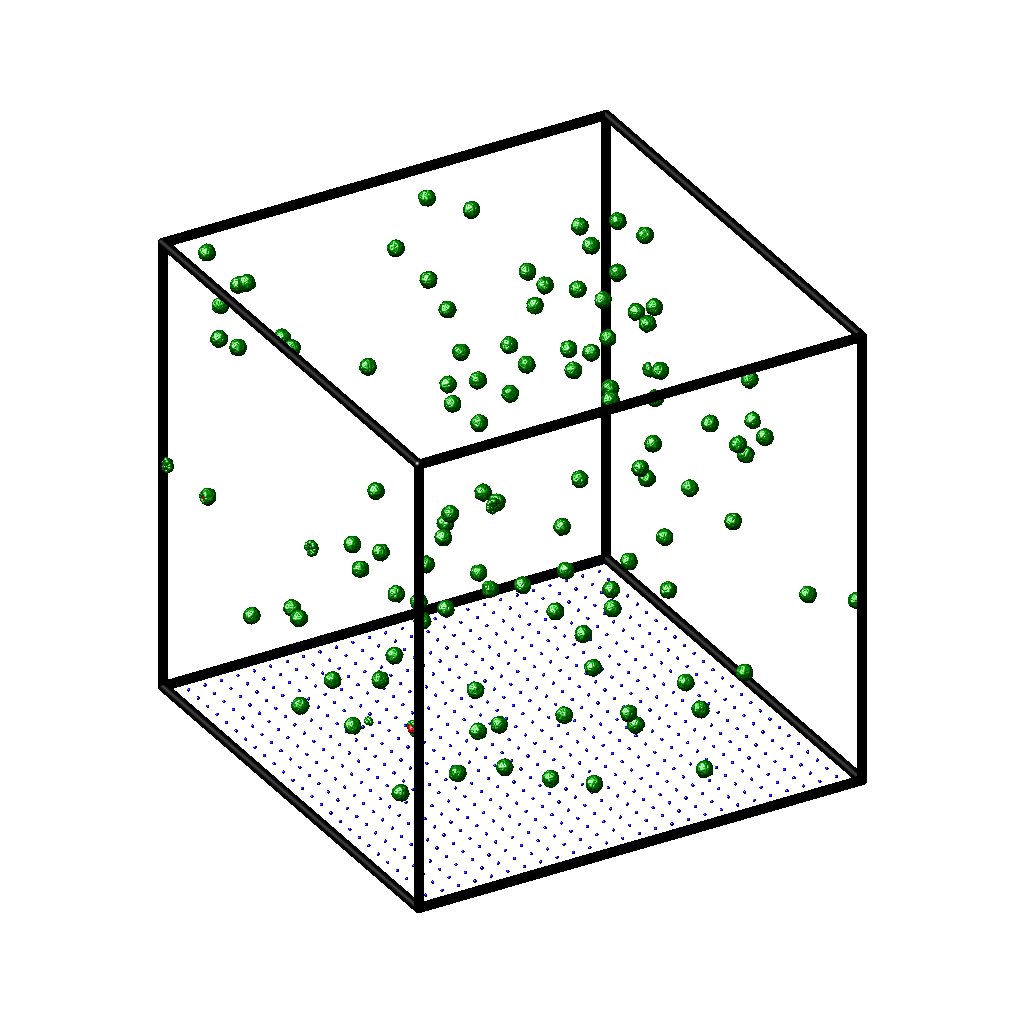 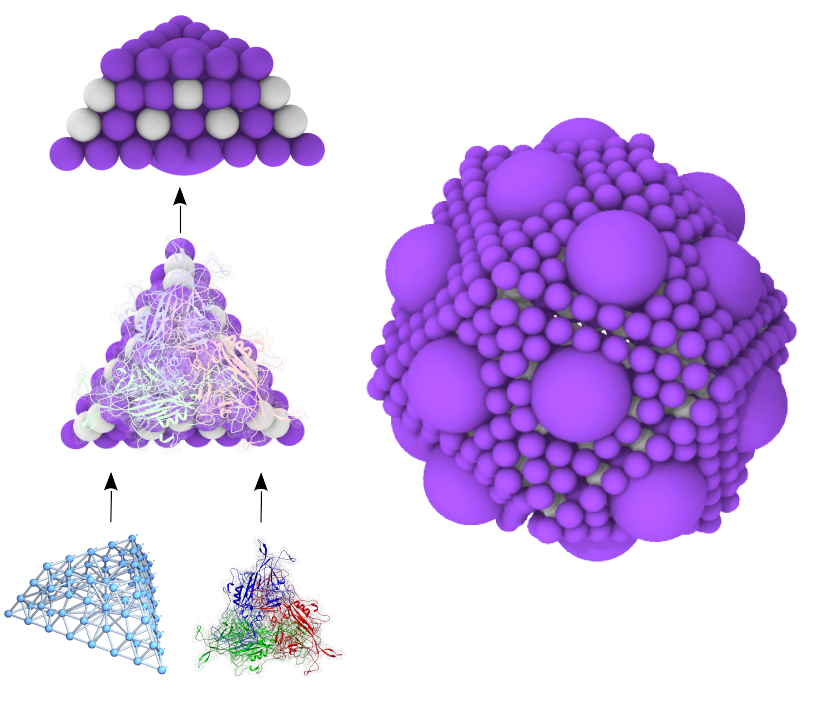 Simulate assembly of flexible capsomeres into virus capsids and oligomers. 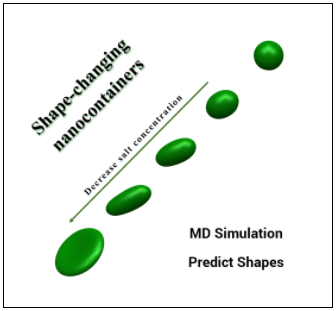 The shape of nanocontainers determines their ability to act as targeted drug delivery carriers by modulating their biodistribution and bioavailability.  This app simulates the shape deformation of soft-matter-based deformable, charged nanocontainers for a broad variety of nanocontainer material properties and solution conditions. Molecular dynamics based simulated annealing is used to minimize the energy of the nanocontainer for a given set of material and solution parameters.

This model simulates replication dynamics of SARS-CoV-2 (coronavirus / COVID19) in a layer of epithelium. It is being rapidly prototyped and refined with community support. See related: PC4COVID19: Rapid Community Prototyping of a Coronavirus (COVID-19) Replication Simulator

This app allows users to design and explore new and novel nanotherapies, where engineered nanoparticles are conjugated to novel cancer therapeutics. Users can simulate the growth and migration of cancer cells in the tissue environment, as well as pharamcodynamic response to user-designed therapeutics. Adapted from the PhysiCell Framework 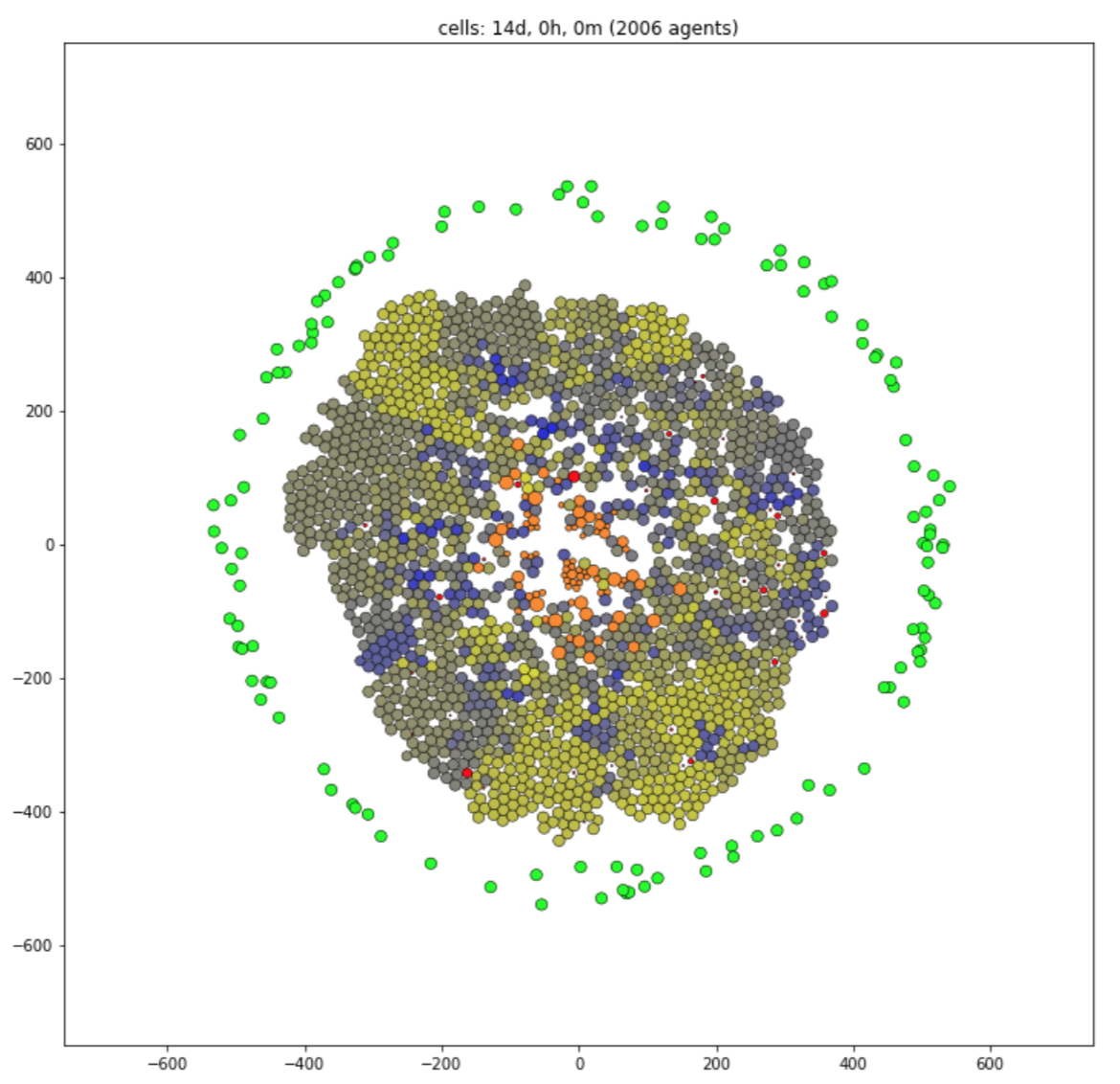 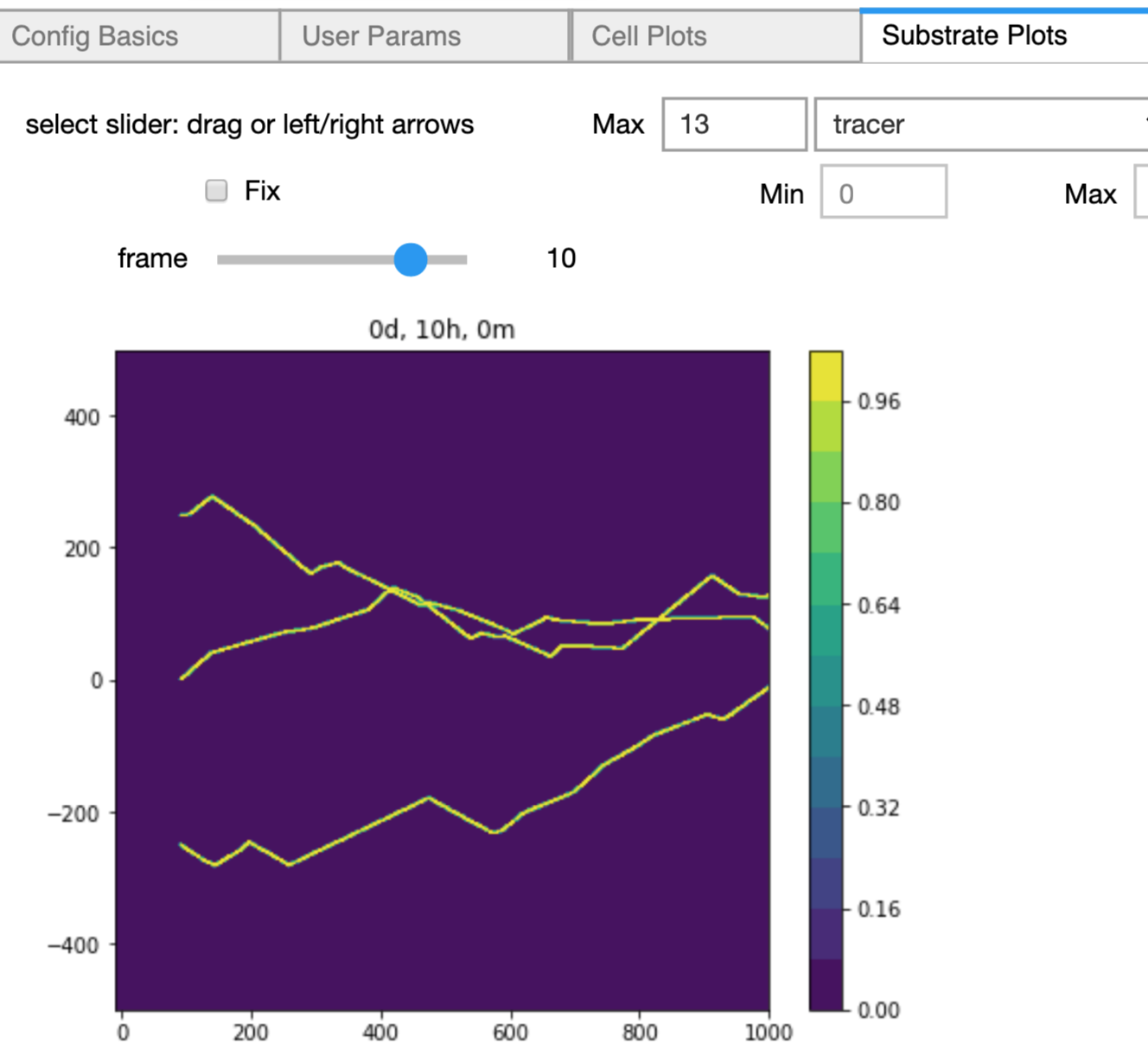 2D simulation of biorobots delivering a drug to cancer cells 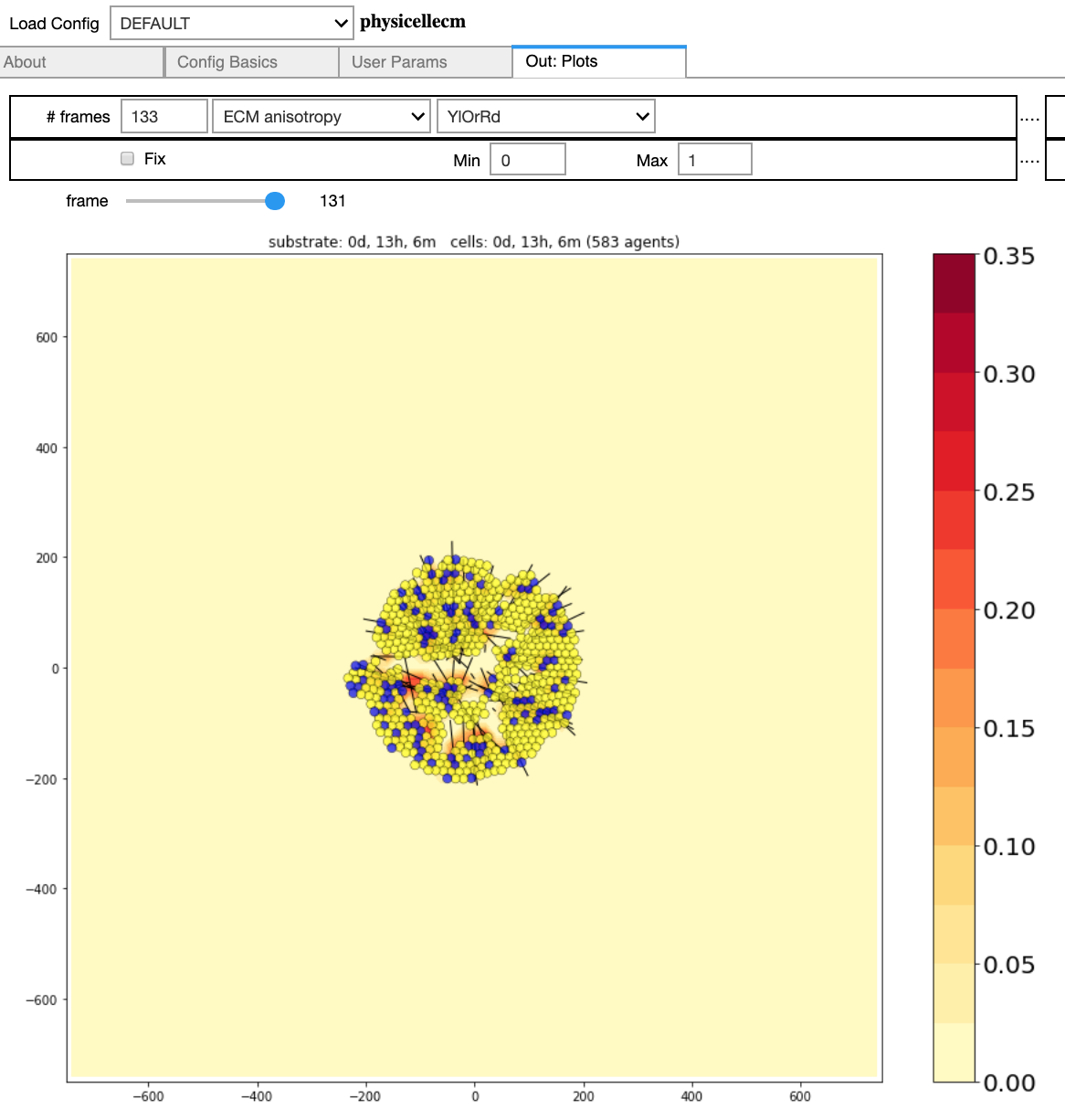 This app demonstrates chemotactic migration, cell-cell contact interactions, and iterating across cells to apply a random event. It also explores the impact of varying the number and strength of different cells in a complex, stochastic adversarial system. 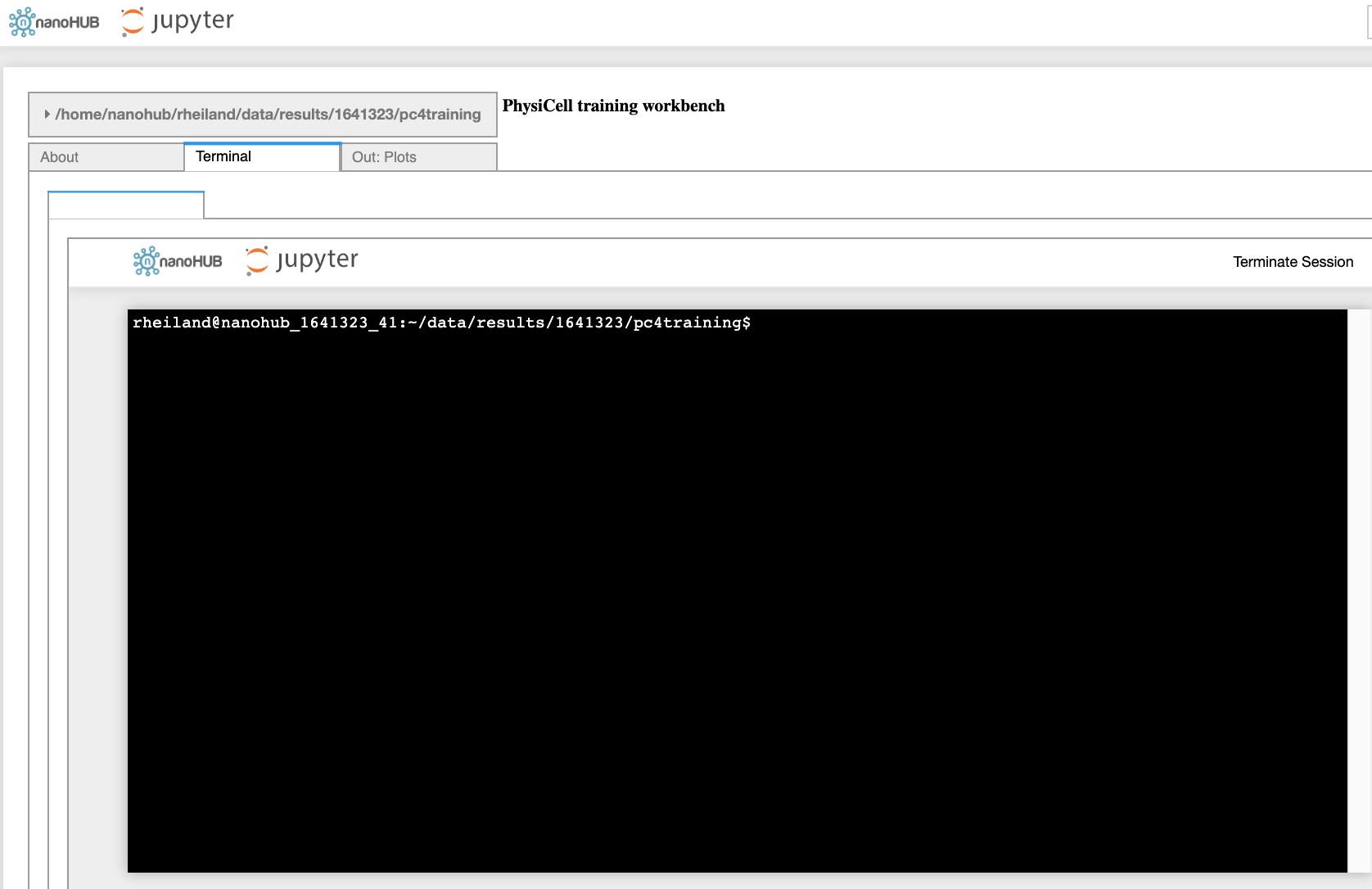 This tool is intended to be used at PhysiCell training workshops. It is general purpose in the sense that it provides a GUI that includes 1) a Terminal tab to compile and run a PhysiCell model, and 2) a Plotting tab to visualize results.

To account for cell movement, PhysiCell includes a set of parameters that govern speed and direction of cell motility. The biased, random motility of cells is determined by the following equation:where b is the level of bias in movement (migration bias), ξ is a random unit vector of length 1, and dbias is the direction.

This app demonstrates the interaction between a replication competent oncolytic viruse and a layer of epithelial cells. In this model, epithelial cells (pink) divide while consuming oxygen, with greater availability of oxygen driving faster proliferation. 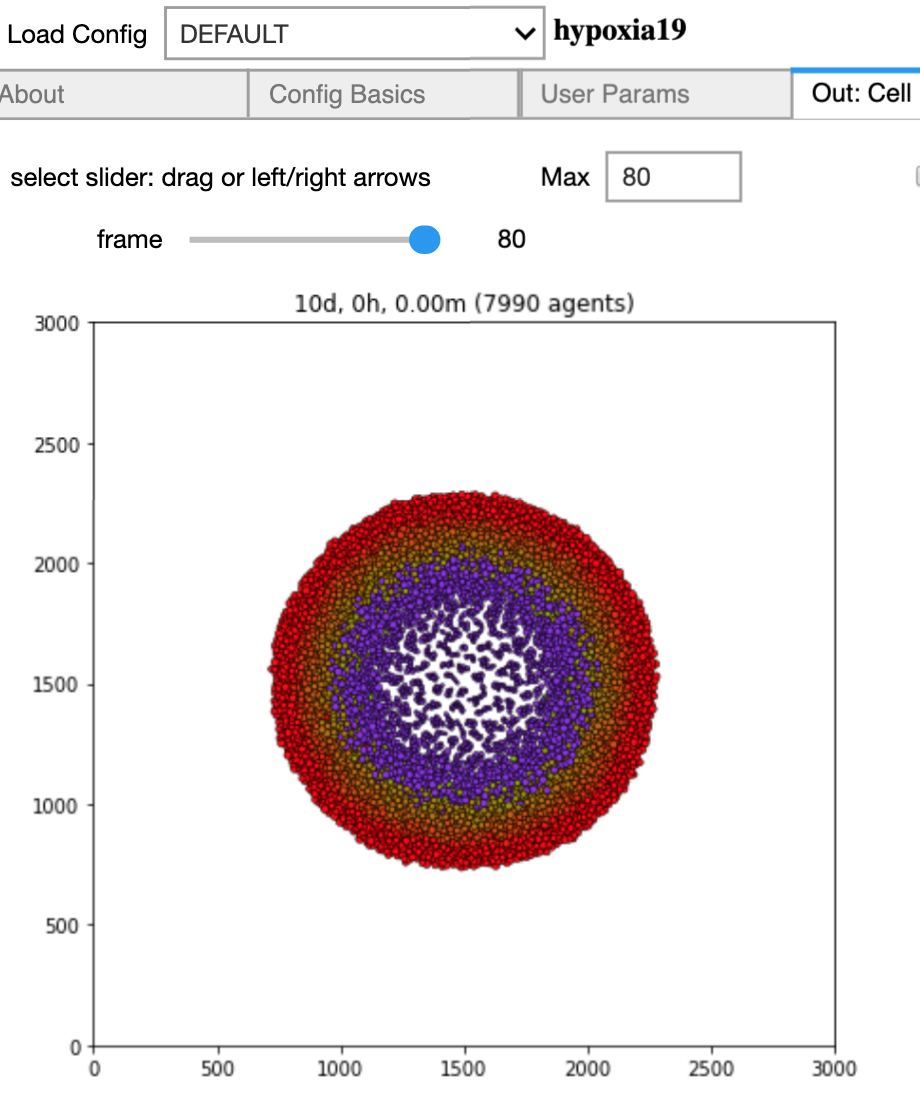 Hypoxic conditions occur in the center of tumor after tumor cells use and deplete oxygen. Hypoxic cells secrete signaling chemicals to induce vascularization, such as vascular epithelial growth factor (VEGF). 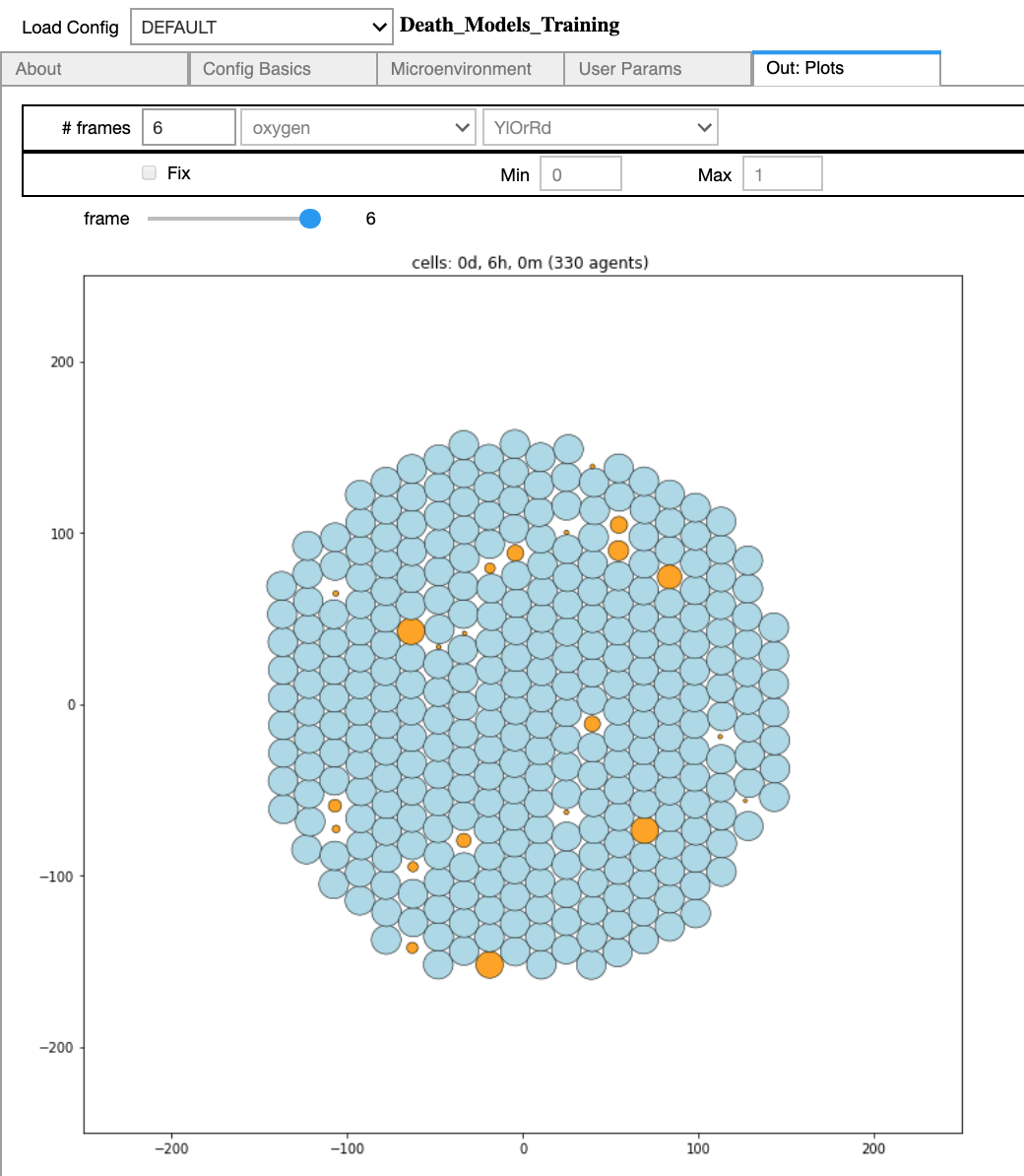 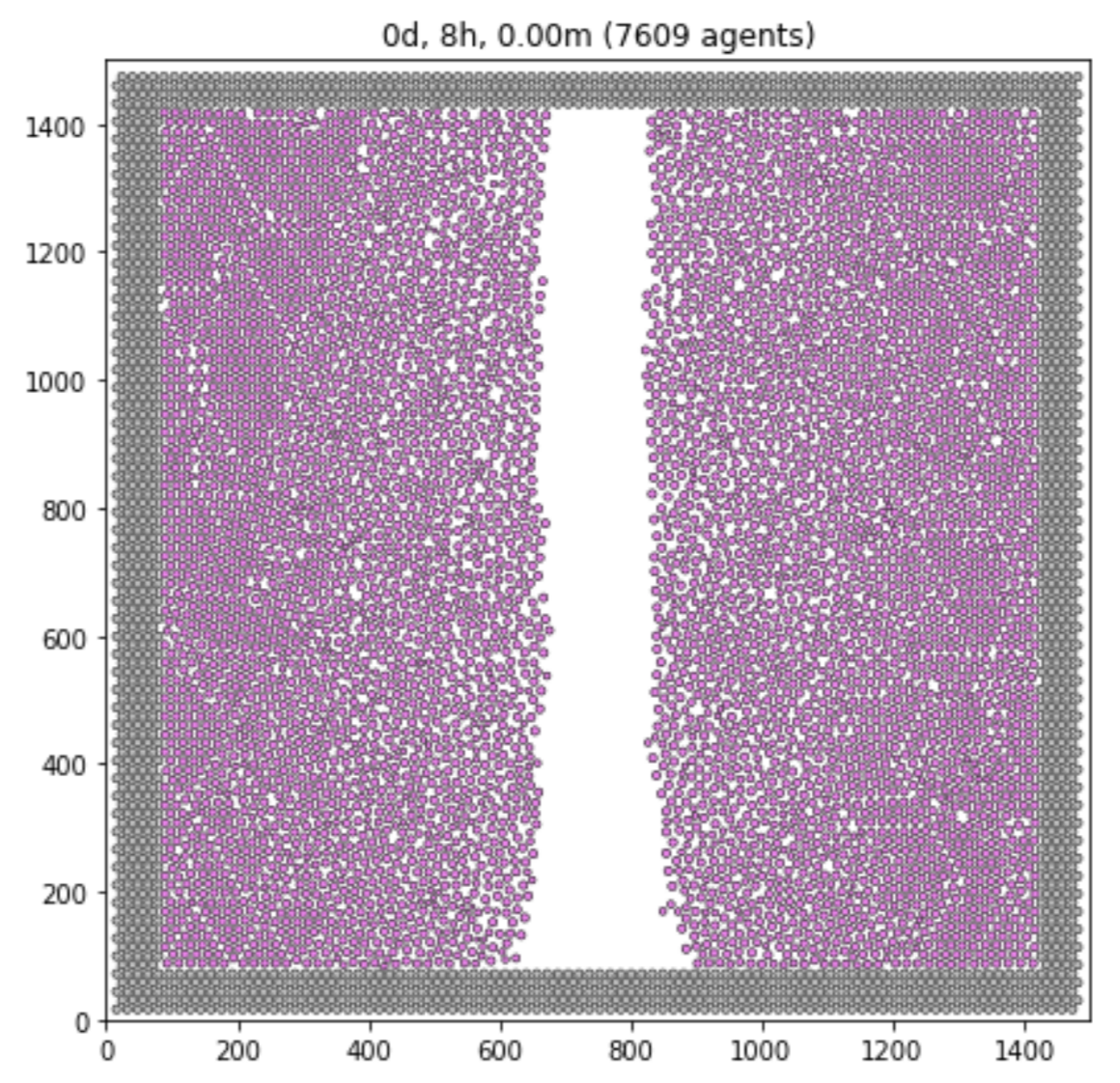 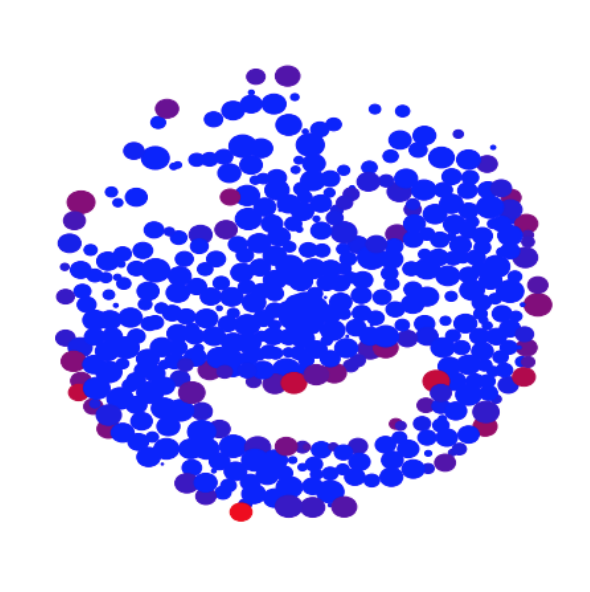 In this app, we developed a dynamic interaction model which contains two systems: an infected system of cells and a off-site immune system that responds to the infection.

This app demonstrates the interaction between a replication competent oncolytic viruse and a layer of epithelial cells. It uses the PhysiCell software published PhysiCell in Ghaffarizadeh et al. (2018). In this model, epithelial cells (pink) divide while consuming oxygen, with greater availability of oxygen driving faster proliferation.

This app demonstrates the population dynamics in a multicellular system where cells run a Boolean network model representing the TNF signalling pathway and when exposed to TNF.

This tool aims to model two bacterial species which form a biofilm on the surface of a chronic wound.