Thousands of researchers have run simulations on nanoHUB.org with tools developed by undergraduate students through Purdue University’s summer research programs.

With their curiosity sparked by video games or high school physics, program participants found their summer undergraduate research experiences with nanoHUB helped them develop as scholars and professionals. Matteo Mannino, AI and computer vision research engineer at the Toyota Technical Center in Ann Arbor, Michigan; Victoria Savikhin, a senior at Purdue University; and Marcela Meza, a graduate student at the University of Texas at El Paso, say they have benefited in lasting ways. 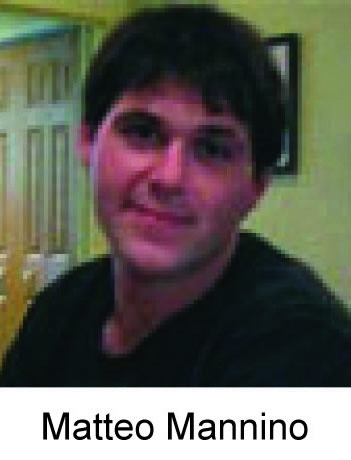 Matteo Mannino, AI and computer vision research engineer at the Toyota Technical Center in Ann Arbor, Michigan, says he learned more than the use of regular expressions as an undergraduate in electrical engineering when he began developing simulation tools for nanoHUB.

Before college, Mannino had learned scripting and programmed some games for fun, but when he ran into a snag or grew bored, he abandoned projects. Developing tools for nanoHUB was different.

“I felt responsible for making things work, and I felt encouraged. It drove me to push through,” he recalls.

Each time a simulation tool was completed, it was accessible to the nanoHUB user community through a Web browser.

“I saw that once a tool was finished, and it worked, other people immediately began using it. It’s awesome. I was able to see the impact of my work. The experience was very helpful,” Mannino says.

After his summer research experience, Mannino continued working on nanoHUB as a student developer. He contributed to five simulation tools still available on nanoHUB. Since 2005, 9,960 nanoHUB users have run some 215,500 simulations with the five tools Mannino helped develop. Mannino graduated from Purdue and went on to earn a master’s degree in electrical engineering from the University of Michigan and pursue a career in industry. Learning to persevere on projects for nanoHUB has been useful to him over the years.

“It is incredible how many people don’t learn that lesson, that problem solving and engineering take a lot of time because you inevitably run into big problems. Ninety percent of most projects are done in 10 percent of the time. The other 90 percent of time is spent on the last 10 percent of the project. Also, bugs always come up, and fixing them is a chore. However, it’s necessary to complete the project and see others enjoying what I’ve done,” Mannino says. 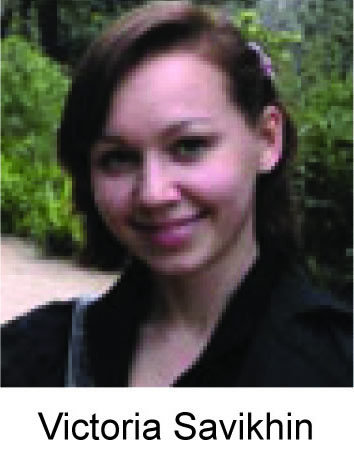 Nearly 2,400 nanoHUB users have run 24,200 simulations with the crystal viewer tool Victoria Savikhin worked on as a summer research undergraduate student in 2009. Based on a graduate student’s framework, she added 3D functionality to the tool and enabled users to cut the structure on an arbitrary plane.

Some of the tool’s users were Savikhin’s classmates a year later in ECE 305, “Semiconductor Device Fundamentals.”

“It was rewarding,” she says, to have contributed to the tool used for a homework assignment in her course, but she garnered a broader lesson from the undergraduate research experience.

“I learned to always comment your code – and that applies to everything. Write down what you are doing as you proceed, and keep all your class notes,” Savikhin says. 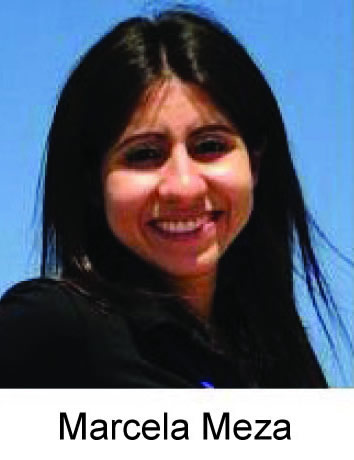 Marcela Meza was selected to participate in the summer research program at Purdue with the support of her mentor, Greg Lush, associate professor of electrical and computer engineering at the University of Texas at El Paso (UTEP). She used the nanoHUB workspace and Rappture toolkit to develop a tool for simulating the behavior of a hydrogen molecule illuminated by an intense laser field.

“The tool makes it easier to see the behavior of a hydrogen molecule. Instead of relying on graphs in a textbook, you can rotate a structure,” Meza says.

Though she had to learn a lot about chemistry that summer, Meza’s research experience strengthened her research skills and led to a series of professional opportunities.

Meza was hired for her first internship at the University of Texas at El Paso (UTEP) upon returning from Purdue. After two years in the UTEP internship, she was selected for a summer assistantship at Lehigh University. Meza works as an intern engineer for the El Paso Electric Company.

“It really opened at lot of doors for me,” Meza says. She plans to graduate from UTEP in May 2012 with a master’s degree in electrical and computer engineering.

Meza, Savikhin, and Mannino are three of dozens of undergraduate students who have worked with professors from NCN, which is funded by the National Science Foundation, to provide tools for nanoscience and technology research, learning, and collaboration on nanoHUB.

NCN, the School of Electrical and Computer Engineering, and 20 other departments at Purdue have mentored up to 200 students annually through the Purdue Summer Undergraduate Research Fellowship (SURF) program. SURF is accepting applications for 2012.