Drilling a nanopore in graphene by Si-nanoparticle bombardment

This tool is closed source.

This is an MD-based tool drilling a nanopore in graphene by using Si-nanoparticle bombardment. The user adjustable parameters are particle size (Å), initial position of nanoparticle (Å), incident speed of particle (km/s), simulation timestep (fs), total number of simulation steps, number of dumping frequency. After the MD simulation is done, the use can run the post-processing code to quantify the pore formation. The MD output trajectory file is downloadable for further visualization with VMD.

In this tool, the AIREBO potential is used for carbon-carbon interactions in graphene, while a Tersoff potential is used for silicon-silicon and silicon-carbon interactions. Ziegler-Biersack-Littmark screened nuclear repulsion is also included for high-energy collisions between atoms. A single-layer graphene with the size of 32.174 × 32.189 nm2 lies in x-y plane and a silicon-nanoparticle is placed ‘z’ A above the graphene along the (x, y)-center of the graphene. 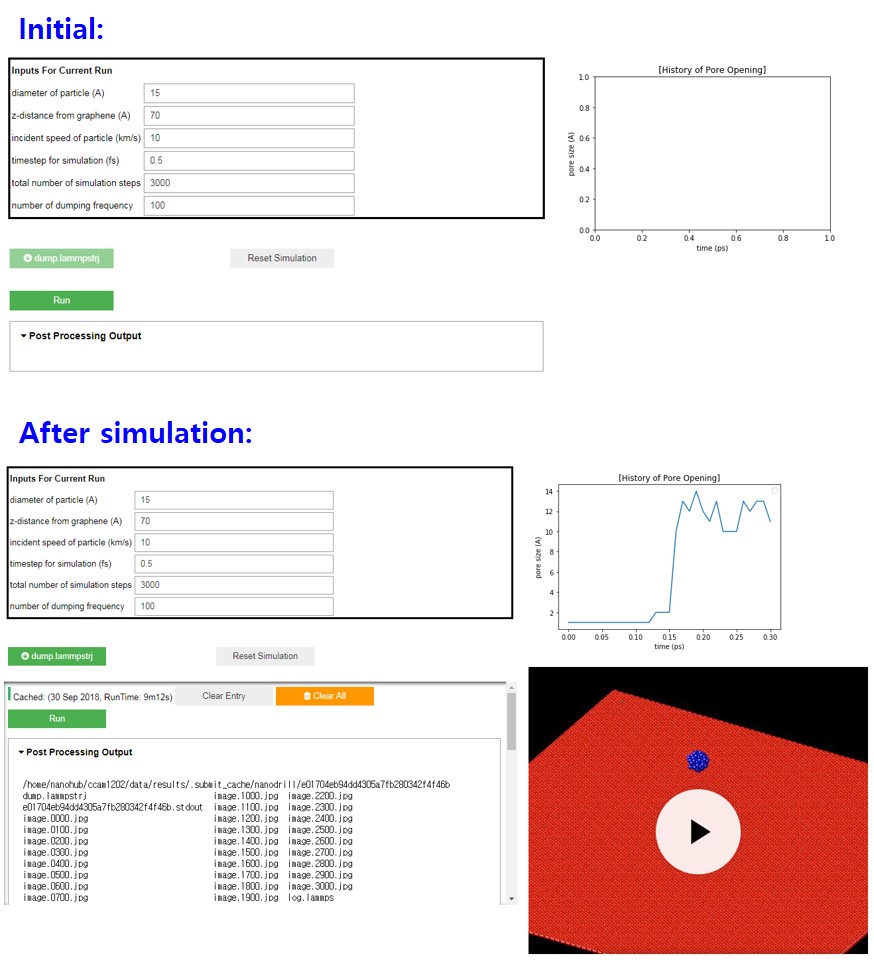 This research was supported by the Basic Science Research Program through the National Research Foundation of Korea (NRF), and funded by the Ministry of Education (NRF-2014R1A1A2059123). This work was also supported by the Gyeongsang National University Fund for professors on sabbatical leave, 2016.

Nanoscale Manufacturing at The University of Illinois

This resource belongs to the Nanoscale Manufacturing at The University of Illinois group.