This app demonstrates the evaluation of the new hypotheses on the frequency and duration of phenotypic changes in cancer cells under the influence of hypoxic conditions.

This model and cloud-hosted demo are part of a collaboration between Dr. Macklin's lab and Dr. Gilkes's lab, through of a project granted by Jayne Koskinas Ted Giovanis (JKTG) Foundation for Health and Policy and the Breast Cancer Research Foundation (BCRF). It is also part of the education and outreach for the IU Engineered nanoBIO Node and the NCI-funded cancer systems biology grant U01CA232137. The model is built using PhysiCell: a C++ framework for multicellular systems biology [1]. 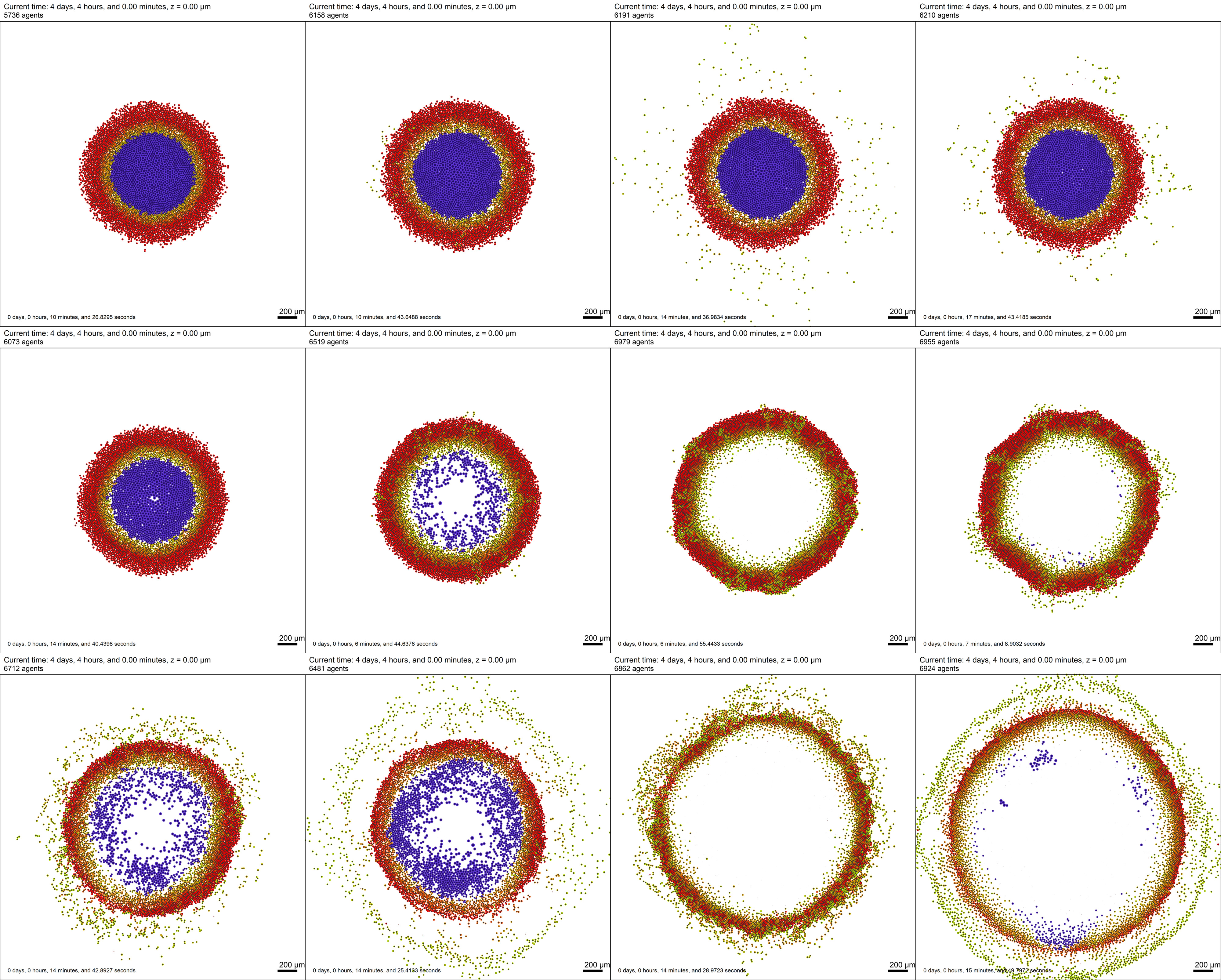 You can follow these suggestions to familiarize yourself with the model.

3) Return the fraction_rsp to 0.5 and change bias_green_rsp to 1.0. Note that all green cells will have high migration, due 100% of green cells have a high bias migration.

4) Keep the parameters defined in (3) and change the hypoxia_pers_time to 300 min. Thus, the green cells do not leave the hypoxic region, but produce a radial growth of the tumor.

5) Now, you can enjoy yourself changing other parameters and creating new responses.

The model developed and based on a new hypoxia target mapping system that was designed to report a fluorescent switch in low oxygen conditions. Normoxic cells express a red fluorescent protein (DsRed), and after exposure to hypoxia conditions, hypoxia-inducible factors (HIFs) drive a Cre-Loxp mechanism to induce a permanent change to express a green fluorescent protein (GFP) [3]. In this scenario, we show the response of the GFP+ cells to the migratory stimulus from hypoxia, with a focus on understanding the role of phenotypic transience or permanence on cancer invasion

We used the agent-based model to describe the mechanical and phenotypic behavior of each cell. Associated with the disposition of cells in the microenvironment, we solved the diffusion of oxygen in the medium through BioFVM [2]. The availability of oxygen pressure in the region defines cellular phenotypic changes. 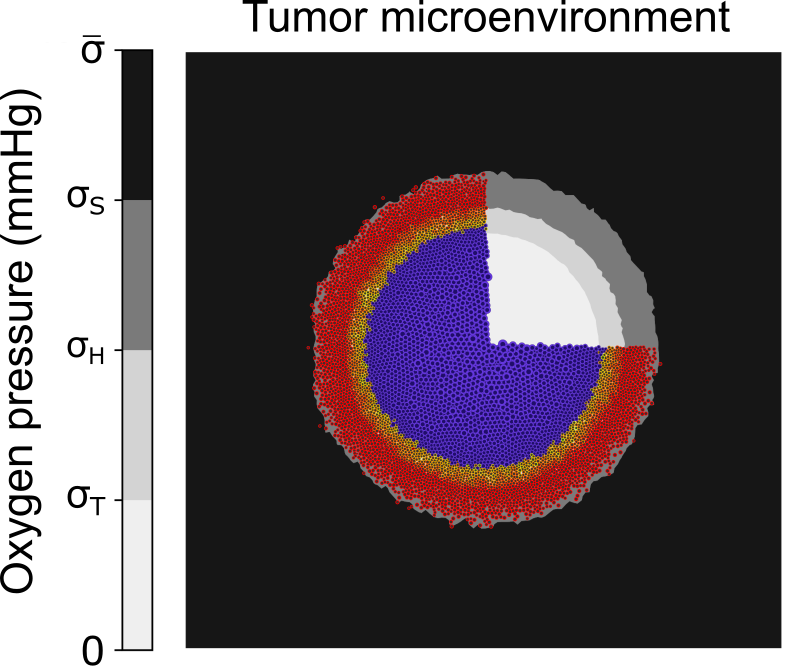 The phenotypic transition from normoxic to hypoxic occurs when the concentration of PO2 () is less than a certain threshold (). At that moment, a permanent genetic change occurs in the cell, starting the process of GFP expression. This process of protein expression is modeled by 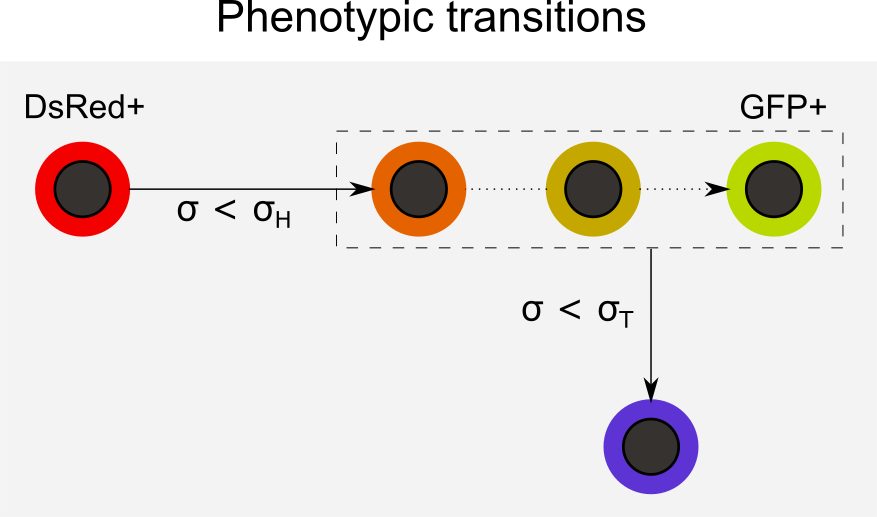 We modeled cell proliferation using the basic Ki67 cell cycle from PhysiCell [1]. In the model, GFP+ and DsRed+ cells, under the same conditions, have identical proliferation capacity according to biological observations using Ki67 staining.

The cellular motility is characterized in the model by three intrinsic properties:

in which represents the random unit vector and unit vector with the direction of mobility. Thus, the velocity of the cell motility is given by  with the duration of . To investigate the invasive behavior of GFP+ cells, we define a fraction of that cell () that has a different mobility bias ().

This software is powered by PhysiCell [1-2], a powerful simulation tool that combines multi-substrate diffusive transport and off-lattice cell models. PhysiCell is BSD-licensed, and available at:

It is a C++, cross-platform code with minimal software dependencies. It has been tested and deployed in Linux, BSD, OSX, Windows, and other environments, using the standard g++ compiler.

The Jupyter-based GUI was auto-generated by xml2jupyter [3], a technique to create graphical user interfaces for command-line scientific applications.

This resource belongs to the nanoBIO group.