This page is under construction. Updates coming soon … 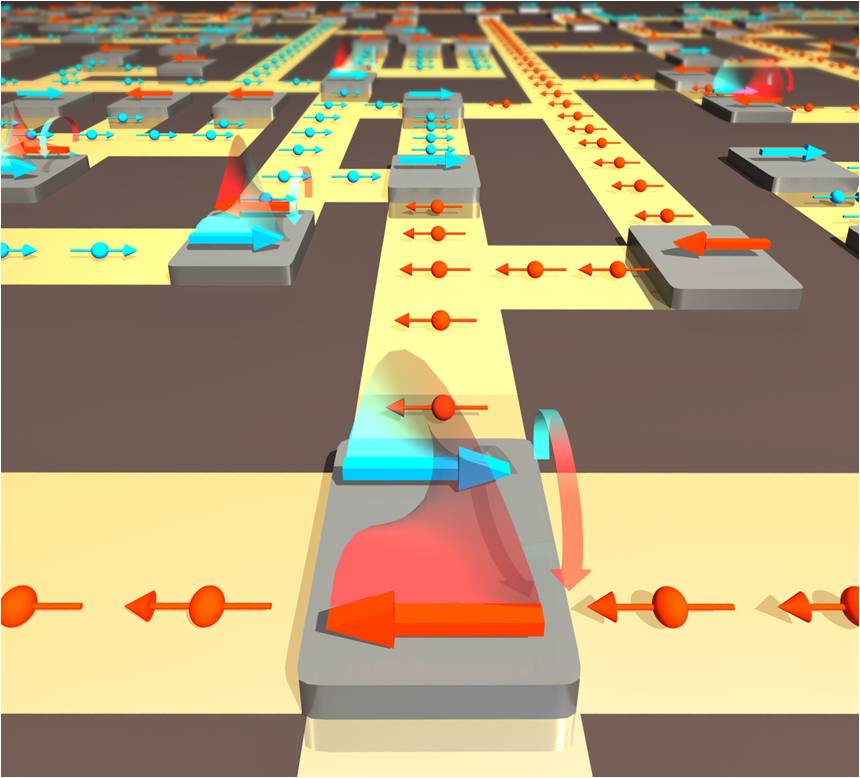 Electronic devices have traditionally been based on controlling the flow of charge. However, electrons carry both charge and “spin”, the latter being responsible for magnetic phenomena. Over the last decade or so, the fields of Spintronics and magnetism have evolved into one large field. This is primarily due to two key experimentally demonstrated phenomena: spin injection into metals/semiconductors from magnetic contacts and spin induced magnetization dynamics of magnets by spin transfer torque. These demonstrations suggest an all-spin approach to information processing. Magnets inject spins and spins turn magnets forming a closed “ecosystem” without the need to convert to charge. A recently proposed concept called all spin logic (ASL) uses magnets to represent non-volatile data and communicate between them using spin currents with the energy coming from the power supply. ASL approach to information processing uses a formalism recently developed at Purdue University for integrated spin-magnet circuits. This approach is particularly powerful in that it combines various spin related phenomena such as spin-injection, spin-transport and spin-detection with that of magnet dynamics into one unified spin-circuit theory. This formalism does not use approximations in defining the elements of the spin-magnet circuit as usually done in defining compact models. At the same time, it is capable of modeling integrated circuits composed of many magnets interconnected with spin-coherent interconnects.

Learn more about the ASL approach to information processing from the resources available on this site, listed below.