The Network for Computational Nanotechnology (NCN) provides a wealth of software and other virtual tools for nanotechnology research through nanoHUB.org. The significant impact worldwide is evidenced by over 2,266 citations to nanoHUB in the scientific literature and more than 30,935 secondary citations, giving nanoHUB an h-index of 82 in early 2019. The h-index is an index that attempts to measure both the productivity and impact of the published work of a scientist or scholar.

nanoHUB’s h-index has surpassed the typical h-index of a professional who began publishing at the same time and approaches the level of eminent researchers elected to an academy of engineering or science, who have h-indices in the range of 40-50. The 2,266 publications citing nanoHUB were authored by over 5,414 investigators and appear in peer-reviewed journals, conference proceedings, book chapters, or PhD and master’s theses.

An Internet-based research infrastructure based at Purdue University, nanoHUB is an active and growing resource for researchers and authors. Their communities recognize the value of nanoHUB by frequently citing it and the tools it makes accessible. The first citations to nanoHUB resources appeared in 2000, years before NCN was founded, as Purdue University introduced the PUNCH system for web-based scientific computing. Since then, 65% of the citations to nanoHUB have been attributed to investigators who are not in any way affiliated with NCN. Researchers affiliated with but not funded by NCN are responsible for many of the citations classified as NCN-affiliated. NCN is strongly networked through research papers, with networks being developed outside of NCN. Some of the outside networks are completely decoupled from NCN. 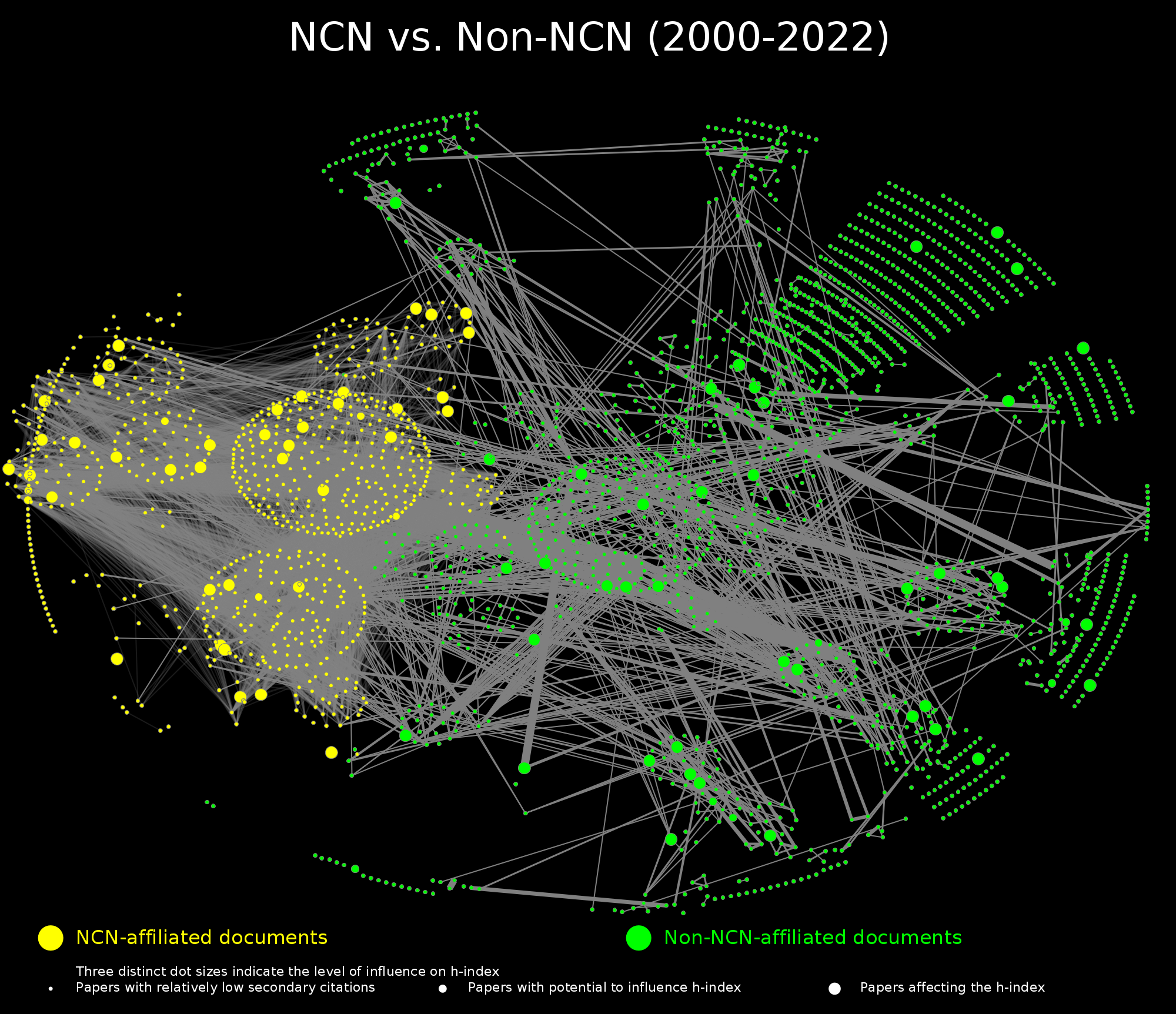 Citation map: A visual representation of affiliated (yellow) and non-affiliated (green) investigators. Lines connect papers with common authors and the size of the dot indicates the level of influence on the h-index.