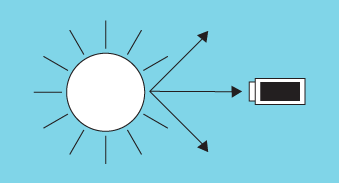 The following tools are on this page:

This Levelized Cost of Energy (LCOE) calculator calculates the minimum base cost of energy supplied by a facility or system which must be charged to its customers (i.e. break even before profit).

The program takes the user input specifications and returns a number plot for the Levelized Cost of Energy, and Capital Recovery Factor (CRF). Then, a single parameter can be changed incrementally (i.e. parameter sweep) and the number plot will graph all simulation results and display them together for LCOE or CRF as a function of that particular variable. This will graphically represent to what extent that swept variable dictates the price of energy. Such sweeping of variables not only show what areas can be used to make energy cheaper, but also to show where R&D can be used to optimize cost in the most effective way.

MEEPPV is a graphical user interface (GUI) based MEEP simulation tool, particularly for photovoltaic (PV) cells. It was developed for new and less users who are starting to use MEEP, as this tool requires a background understanding of Scheme language. MEEPPV now collects input from the Rappture interface, and uses it to create a Scheme control file to run MEEP on the back end as before. It outputs images of the PV cell structure being simulated; graphs of the transmission, reflection, and absorption; as well as an animation of the fields propagating through the PV cell.

PVpanel Sim is a spice simulation utility for two dimensional simulation of thin film solar panels, using the conventional equivalent circuit for individual cells. The tool incorporates the variability of shunt conduction from cell to cell, and effect of sheet resistance of contact material. This allows the user to assess the gap between cell and module efficiency in thin film technologies. The user can change the distribution of shunts from cell to cell, and vary the contact sheet resistance to understand their effect on panel efficiency. Another feature of the tool allows the user to analyze the effect of partial shadowing the panel due to nearby object in full 2D. The tool calculates the reverse stresses generated on the shaded cells, based on the user defined breakdown characteristics. The second version of this tool adds the capability by adding an enhanced non-linear equivalent circuit more suitable for thin film solar cells.

Thermophotovoltaic (TPV) devices convert heat to electricity using thermal radiation to illuminate a photovoltaic (PV) diode. Typically, this radiation is generated by a blackbody-like emitter. Such an emission spectrum includes a broad range of wavelengths, but only higher energy photons can be converted by the PV diode, which severely limits efficiencies. Thus, introducing a selective emitter and filter to recycle unwanted photons could potentially greatly enhance performance.

This model utilizes a rare earth-doped selective emitter structure to increase the number of photons emitted above the bandgap of the photovoltaic (PV) cell, while minimizing the total power emitted below the bandgap. A chirped dielectric stack is introduced on top to limit emitted wavelengths, while a broadband dielectric mirror on the bottom ensures unidirectional emission.

This tool simulates the emittance spectrum and efficiency for this design for various parameters, such as the number of dielectric bilayers and PV cell bandgap.