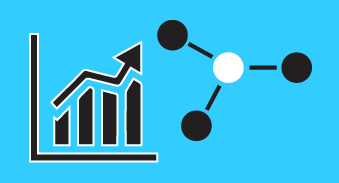 This group discusses a survey developed to assess students’ exposure to, awareness of, and motivation to do nanotechnology. The draft version of some papers cited in this group can be found on the resources tab. We welcome and encourage contributions and discussions. (You can contribute substantial resources to nanoHUB.org through the resource contribution process, and then send a message to the group manager so that links to those resources can be added to this group.)

Several studies in the literature have shown that awareness about nanotechnology is very low in the public (Cobb & Macoubrie, 2004; Kahan, Slovic, Braman, Gastil, & Cohen, 2007; Waldron, Spencer, & Batt, 2006). To raise the nanotechnology awareness, several initiatives have been reported about integrating nanotechnology into undergraduate classrooms. As an example, nanotechnology engineering courses utilizing lectures, team projects, hands-on lab activities (e.g. synthesizing nanoparticles) and similar pedagogic approaches were designed (Hersam et al., 2004; Jiao & Barakat, 2011). It is necessary to investigate whether such interventions are effective in promoting the desired outcomes like increased awareness, exposure and motivation. Diefes-Dux and colleagues specifically designed an instrument to measure relevant aspects of student awareness of, exposure to and motivation for nanotechnology (Diefes-Dux et al., 2007). After the initial study, they revised the instrument, analyzed it’s psychometric characteristics, and reported their findings in another study (Dyehouse et al., 2008).

Nano Survey in this project takes its roots from these two studies. The current version of the survey includes 5-point scale items and open-ended questions. The survey is being used in pre-post fashion in first-year engineering to measure student awareness, exposure and motivation related to nanotechnology.

Scale: Exposure
6 questions / 5-point scale
Ex: I have heard the term nanotechnology. (A Great Deal – … – Not at All/Never)
1 question “Other”

The results revealed that on average, when accounting for pretests scores, experimental groups had significantly higher posttests than control groups, for all three variables, awareness – F(1,987)=109.49, p<.000, r=0.32; exposure – F(1,987)=180.42, p<.000, r=0.39; and motivation – F(1,987)= 24.95, p<.000, r=0.16. This implies that when implemented together, simulation design projects and mathematical modeling projects are more effective than only mathematical modeling projects in terms of increasing student awareness, exposure and motivation related to nanotechnology.

Three researchers analyzed 930 of the responses to “Describe five (5) things you know about nanotechnology” prompt in the survey and developed a coding scheme by using open and axial coding. The coding scheme development process included nine revisions with the most recent inter-rater reliability (IRR) estimate of 81%. The final coding scheme has 4 categories which are “Various aspects of nanotechnology” (size/measurement, cost, impact on human life…), “Specific/General” (an indicator of detail in responses), “Applications” (military, medical, energy…) and “Other” (nonresponse and uncodable).

The coding scheme allows multiple coding for each response.For example, “Solar Cells use nanotechnology” is coded as “Products&Materials”, “General”, and “Energy”.

One researcher has recently applied this coding scheme to 1640 responses in two different sections (an experimental group section and a control group section) and responses are currently being analyzed.