NEEDS has developed a platform to address the barriers to creating high-quality, physics-based compact models for emerging nanodevices. This simulation-ready, open-source, compact model development environment will be Verilog-A compliant as far as possible, but it goes beyond Verilog-A with new capabilities needed for nanodevices. It will provide a complete environment for developing, testing, experimentally validating compact models and for inserting them in commercial and open source SPICE-compatible simulation platforms. 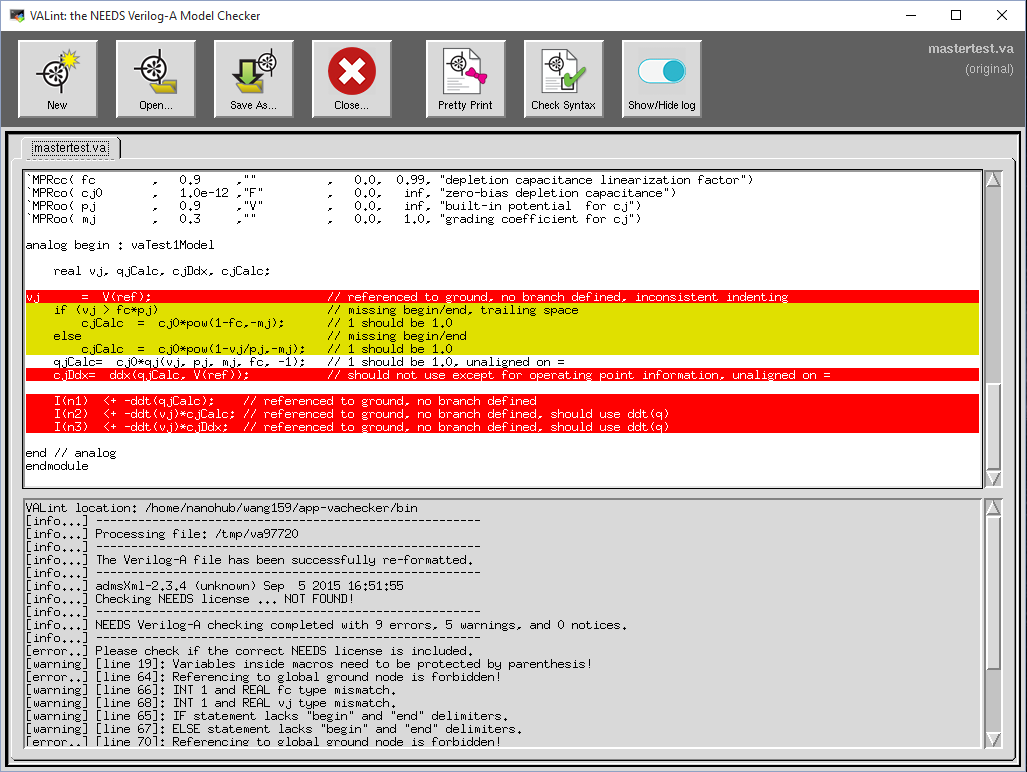 VALint is is open-source and can be downloaded here.