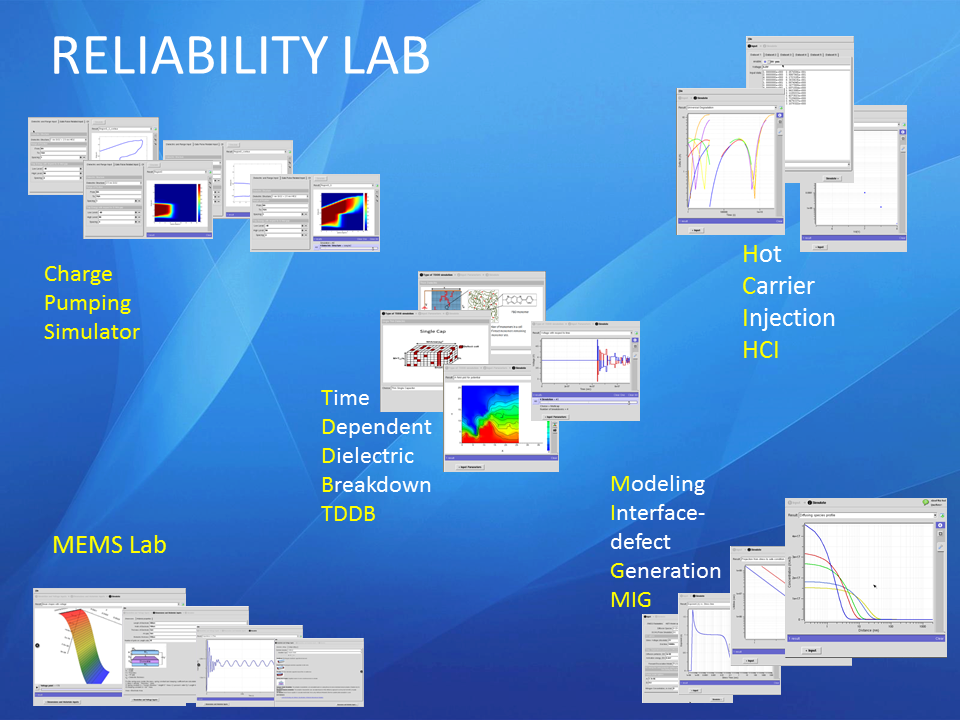 A Blind Fish in a River with a Waterfall 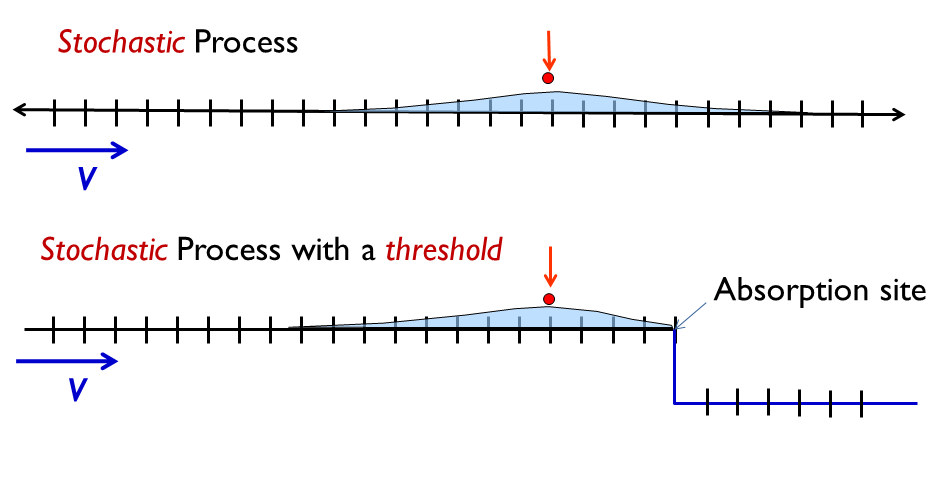 Suppose a fisherman has to acquire an area of river on lease to grow his fishes. At the boundary of river, there is a deep fall and the fishes falling down the fall will be lost. The other end of the river is safe for a long distance so we can approximate it to be infinite. He has to acquire a minimum distance from the fall which would be safe enough to inject his fishes into the river. The objective is to have a certain percentage of fish safe from being lost over a given period of time with the area of the river the fisherman has to acquire not too large so as to minimize his cost.

This is an example of a classical dilemma between the cost and the reliability which occur quite frequently in the semi conductor industry.

This tool plots the spatial distribution of fishes (resembling charge carrier) going over the waterfall (resembling the threshold) as a function of velocity of the river (i.e. probability to hop towards the waterfall) and time. This tool also shows how the average, median and standard deviation of the arrival time of the fishes to the waterfall changes with the sample size and the boundary limit.

MIG contains a demonstration of Negative Bias Temperature Instability (NBTI), which is a major reliability issue for nanoscale MOS devices. When a device is stressed at negative voltage, depassivation of Si-H bonds in the interface occurs. As a result, interface traps are generated (reaction) and the resulting hydrogen species diffuses away from the interface (diffusion). Hence, device characteristics (threshold voltage, mobility, drain current, etc) degrades with time and such degradation satisfies a power law ($$time^n$$) formula. Implementing such Reaction-diffusion (RD) model, MIG shows how threshold voltage of a PMOS device can change with time at different voltages and temperatures. 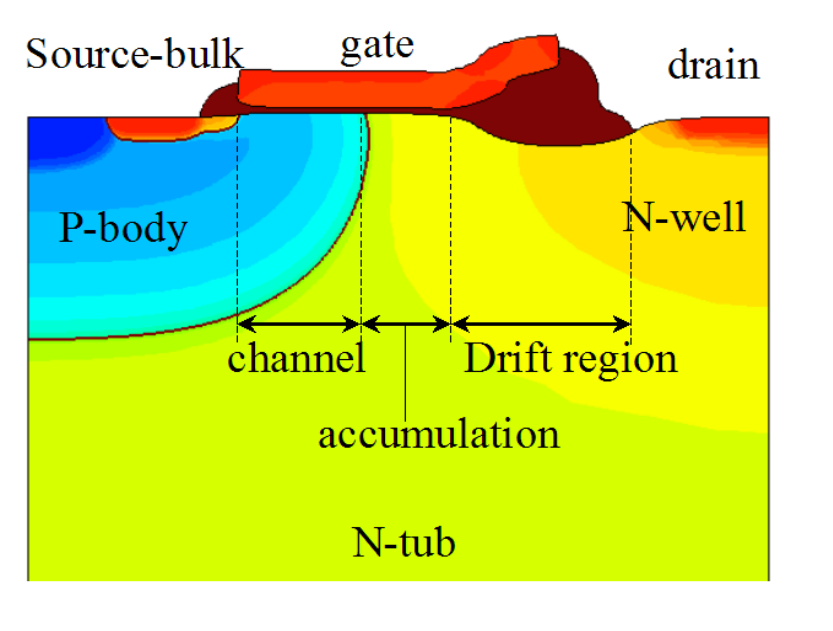 This tool involves discovering the universality of HCI damage. Two example Idlin degradation datasets for DeNMOS and DePMOS transistors at various stress drain biases are provided. Degradation curves at various stress drain bias are automatically scaled to form the universal degradation curve. Voltage acceleration factor is calculated from the 1/s vs. Vd plot. It also allows the user to upload their own datasets.

The Bulk Monte Carlo Tool calculates the bulk values of the electron drift velocity, electron average energy and electron mobility for electric fields applied in arbitrary crystallographic direction in both column 4 (Si and Ge) and III-V (GaAs, SiC and GaN) materials. All relevant scattering mechanisms for the materials being considered have been included in the model. Detailed derivation of the scattering rates for most of the scattering mechanisms included in the model can be found on Prof. Vasileska personal web-site http://www.eas.asu.edu/~vasilesk (look under class EEE534 Semiconductor Transport).

DEMONs simulates electron transport through one-dimensional DEvices by the MONte Carlo technique. The program produces histograms of the carrier distribution function at different positions as well as other quantities of interest such as the average electron velocity, carrier density, and total and kinetic energy. While DEMON was originally written for the ternary Al(x)Ga(1-x)As, this version has been expanded to treat Ga(x)In(1-x)As, Al(x)In(1-x)As, and even conventional Si devices as well. Additional capabilities include the ability to compute the impulse response of devices.

This tool analyze different distributions for input data sets. It can plot the CDF of the uploaded dataset, obtain the Maximum Likelihood Estimates (ELM) of the distribution parametes, do goodness of fit test and Likelihood Ratio Test.

This tool simulates charge pumping for different gate pulses to determine trap probing region within the dielectric of a MOSFET.

Polymer based dielectric materials have potential applications in micro-electronics, power electronics, photovoltaics, flexible electronics, MEMS and sensing industries. The possibility of premature electrical breakdown due to high electric fields, especially at high frequencies and in high ambient temperature and humidity conditions, has restricted its widespread adoption. In this simulation, we establish dielectric heating as the primary AC degradation mechanism in polymers, and develop an analytical dielectric breakdown model that satisfactorily explains measured trends in constant and ramp stress tests under both AC and DC electric fields. Our study provides a fundamental physical understanding of the frequency,and thickness dependences of lifetime and breakdown strength for polymer dielectrics. The proposed breakdown model suggests far more optimistic prospects when accelerated test results are scaled to normal operating conditions.

This TDDB nanohub tool can simulate the following four structures:

MEMS actuators have multiple design applications. Understanding their behavior as well as the ability to predict their actuation characteristics and voltage response is important when designing these actuators. In order to determine how these devices will behave, designers have to perform computationally expensive finite element simulations or design experiments that can be very time consuming.

A more comprehensive numerical simulation option, which employs the Kirchoff-Love plate equation, is also available. Quasi-static and dynamic response for cantilever, fixed-fixed and circular beam shapes can be obtained using the numerical simulation. A method-of-moments based 3D Poisson solver can also be invoked if necessary.

For users who want to understand the basics of MEMS actuator operation, quasi-static and dynamic simulations can be performed for a simple spring-mass model.